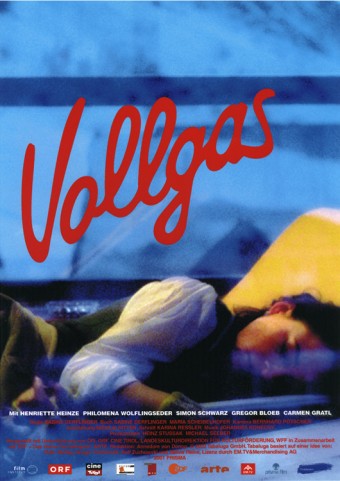 Evi works as a waitress at a ski resort during the winter season. When she’s at work her older sister watches Evi’s 6 year-old daughter Paula. Working an exhausting job and being a mother doesn’t leave Evi with much time to herself: during the day she has restaurant duty in a big hotel, in the afternoon she’s a beermaid at the skilift, and the evenings are spent at the disco “Downhill” as a bartender. But Evi is young and wants to enjoy life. “Always pushing the limit, always full throttle” is her after-work motto. Drinking a lot and going dancing make her feel relaxed and free. Loneliness is remedied through quick and anonymous sex with random adventurous tourists. A few hours of sleep, and then on to pick up Paula from her sister’s and take her to the schoolbus before going back to work. A perpetual good mood is the number one requirement in that organized, tourist-oriented animation-society. That’s what tourists pay good money for without regard for those having to create that environment by using up their energy and vitality. Only alcohol can help alleviate the fatigue and emptiness when the batteries run low. But Evi takes that lifestyle too far. When even her own daughter loses faith in her mother, Evi has to recognize that she has lost control over her life. She is steering towards an abyss, as if pushed by an invisible hand.