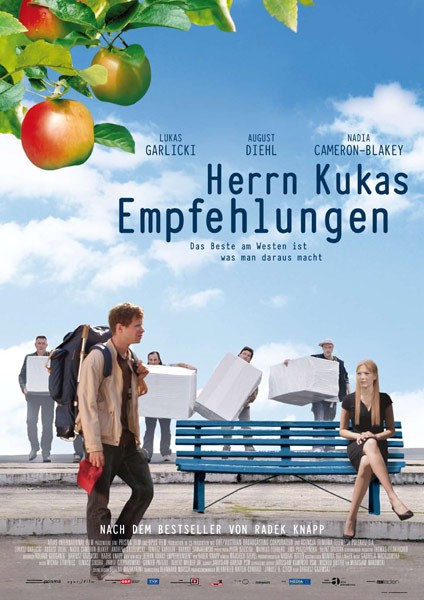 One fine day, young Waldemar decides not to spend the summer in Poland but rather in the west. His neighbor, Mr. Kuka, gives him traveling tips. He advises Waldemar on how to act in the west and explains to him why he shouldn’t come back wearing a T-shirt saying “How can I help you?”.
In the bus to Vienna, Waldemar already starts to doubt if Mr. Kuka’s advices correspond to reality. The shabby bus resembles a tipped over refrigerator and the passengers are hardly tourists, their intentions rather seem to be in smuggling a whole town’s supply of vodka and cigarettes across the border.
In Vienna, Waldemar has to realize that his trip had been set up. Mr. Kuka cleverly used Waldemar to smuggle a valuable coin into the west and the recommended hotel “Four Seasons” turns out to be a park bench in the Belvedere gardens. Yet, our young hero won’t let himself be misled. Whatever the new city’s challenges may be: Being conned by his fellow polish people into the field of “workers prostitution”, being tempted to execute a small bank robbery by his roommate or losing his innocence as a birthday present, Waldemar encounters them with a unique mixture of curiosity and naivety, impertinence and charm.
Besides all of his wonderfully comical encounters and experiences, the young “happy-go-lucky” Waldemar starts to ask himself why he came to Vienna in the first place. But he wouldn’t be Waldemar, if he weren’t to receive the answer at the right time and the right place from his boss’ mysterious lover …