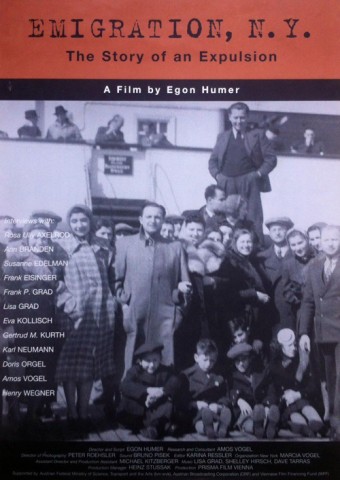 The story of an expulsion, told by twelve former Austrian Jews, who fled to New York in the time between 1938 and 1940. A story of the loss of identity and about the hardship of finding oneself once more between two worlds.
Between March 1938 and November 1941, the National Socialists used discriminatory decrees and laws and open terror to get rid of more than 130.000 Jewish Austrians. Approximately 30.000 of them fled to the USA, at least 80 % of those were Jewish. In America, the refugees preferred New York to all other cities. Director Egon Humer visited twelve of those former Austrian Jews in New York. At the time of their escape from Austria, most of his interview partners were still children or adolescents. Their (retrospective) childhood perspectives in the light of which these past events are depicted, set the tone of this film and define the phenomenon of emigration from a different point of view.